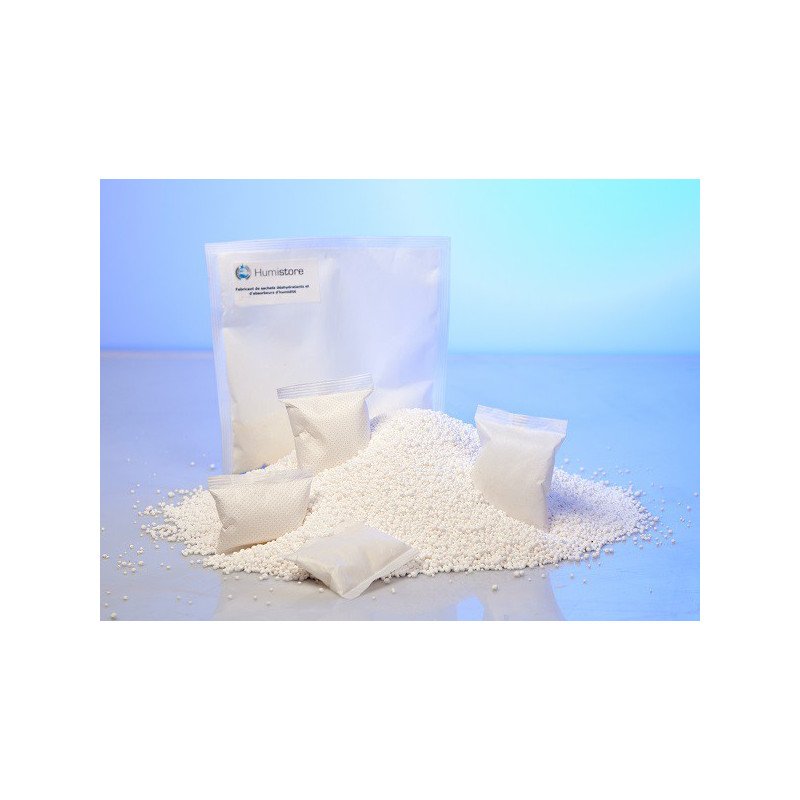 7 days to change your mind

Calcium chloride is a calcium salt. It is an anhydrous product prized for its exothermic properties. Its chemical formula is CaCl2, It is deliquescent and very soluble in water. This salt is a solid at room temperature, which behaves like a typical halide salt, in particular with a good electrical conductivity in the liquid state and ionic chemical bonds. It is used in refrigeration units for road salt in very cold weather, or in cements.

Due to the heat generated during the dissolution process, calcium chloride may be used to melt ice. Instead of sodium chloride, it is not harmful to the soil and plants. It can also act to lower temperatures as sodium chloride.

It can be obtained directly from chalk, but it is also produced in large quantities as a byproduct of the reactions carried out in the Solvay process. This is a very hygroscopic material should be stored in tightly closed containers.

- It is used when mixing concrete to accelerate setting and make it harder.

- It is used on certain highways to fix the dust, by reacting with moisture in the air, it allows to maintain a thin liquid layer on the surface of the floor which keeps dust.

- It is used in food, No. E509, notably to solidify alginates, gelling. Furthermore, it is added to prepared foods industrially to increase the hardness of the food cell (firming, stabilizer and épaississant8), such as in pickles (croquant9), olives, apple sauce, bean-princess jars.

- It is also used in molecular biology, it makes it possible to make competent bacteria by degrading their surface lipopolysaccharides. It thus makes them suitable for processing by a vector. It can also serve as cell transfection agent with animal cells.